You are using a web browser that may not support the design features on this site.

For the best experience, please switch to another browser. We recommend Chrome or Firefox.

Welcome to McCall Family Dentistry, where our family can’t wait to welcome your family to our practice!

Father-and-son team, Drs. James and Ryan McCall, have decades of experience between them, and we’ve been building our reputation for quality dental care in Geneva for over 40 years.

We utilize state-of-the-art equipment and a warm office atmosphere to create a dental experience you won’t find anywhere else. With a wide range of services, we strive to meet all of your family’s dental needs here, and you can rest assured that you’ll receive dental care, treatment, and restorations that you can rely on and trust.

Our practice is built on family values, and our team is filled with many family members. Learn more about our team here before you visit us, and contact us to schedule you next visit.

Dr. Ryan McCall, or "Dr. Ryan" as he is known to our patients, is a Geneva native who has strong ties to the tri-cities communities.

He attended Illinois State University and earned his bachelor’s degree in Chemistry. Although studying the periodic table provided hours of entertainment, he knew he had to try his hand at something that would allow him to give back to the community. He decided to follow in his father’s footsteps.

Dr. Ryan moved back to the big city, where he earned his Doctorate of Dental Surgery at the University of Illinois: College of Dentistry. Shortly thereafter, Dr. Ryan decided he wanted a taste of the Northwest, so he packed up his bags and moved to Portland, OR. While there, he completed a general practice hospital residency at the VAMC in 2005 and provided dental care for a large group practice in the area. After three years of enjoying mountaintop views and hiking through the great outdoors, Dr. Ryan decided to return to Geneva to provide dentistry for the community in which he was raised.

Dr. Ryan continues to learn about the latest developments in dentistry through continuing education courses. He’s invested many hours learning from some of the most renowned doctors in the industry including Dr. Frank Spear, Dr. Gordon Christensen, and Dr. Peter Dawson. Learning advanced skills and techniques allowed him to earn his Fellowship of the Academy of General Dentistry (FAGD) in 2019, one of the most prestigious awards among his peers. He currently serves on the Board of Directors for the Fox River Valley Dental Society, and is also Invisalign certified, and a member of the Academy of General Dentistry, American Academy of Cosmetic Dentistry, American Dental Association, and Illinois State Dental Society.

Like his father, Dr. Ryan plays guitar and has a passion for music. He is still awaiting the reunion of his high school band, Natural Disaster. He currently resides in Geneva with his wife, Lindsey; daughter, Lyla; and son, Sidney.

Dr. Jim has been in his current location for over ten years and has been providing dentistry for Geneva residents since 1977. Dr. Jim is the proud father of four sons and grandfather of thirteen grandchildren. He enjoys playing guitar in his rock band, snowmobiling, and spending time with his family. 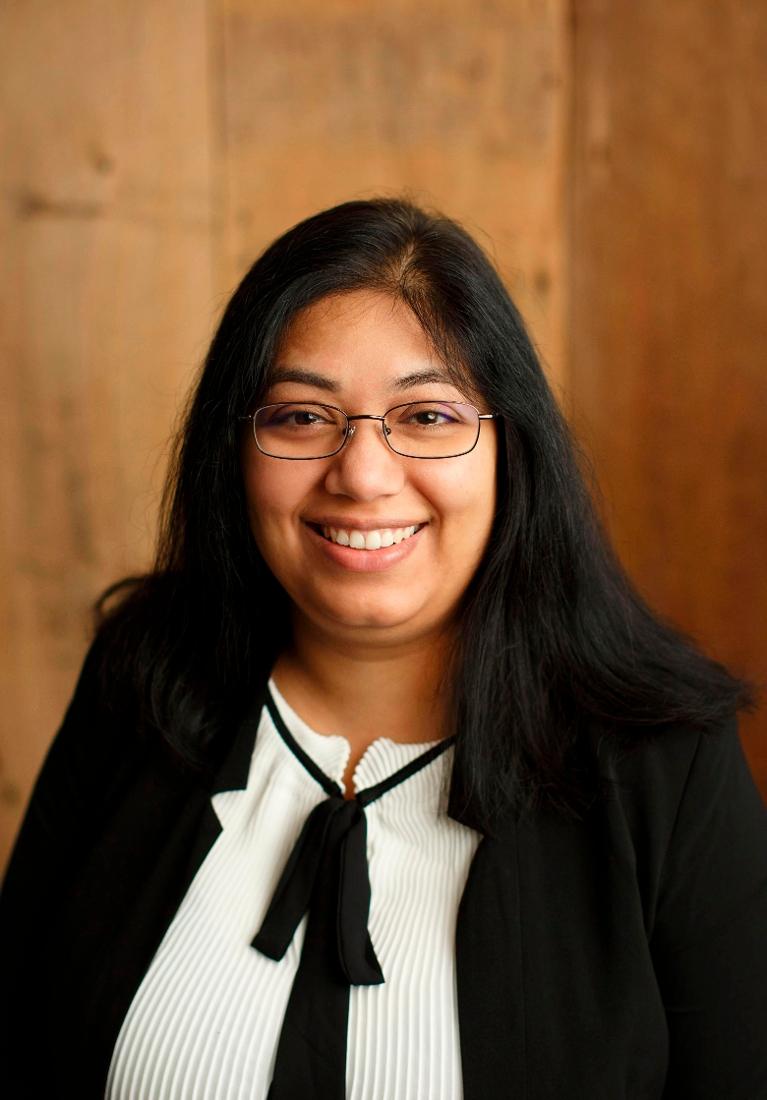 In addition to getting dental education, Dr. B was also involved in many other activities: She was a research assistant in endodontics and digital dentistry, and a teaching assistant in periodontics. She also volunteered providing dental care to the underprivileged community. She is a recipient of Bisco Inc Award for her work in preventative and restorative care, and Golden Scaler Award in periodontics. She also earned the first place in Predoctoral Student Basic Science Award for the endodontics research.

Following her graduation, Dr. B attended many continuing education courses including endodontics and Oral surgery mini-residency. She is a member of the American Dental Association, Illinois State Dental Society, McHenry County Dental Society, American Association of Endodontics, and Academy of General Dentistry. She is currently pursing her Fellowship of the Academy of General Dentistry while serving the community for their oral needs by providing dental care with compassion. 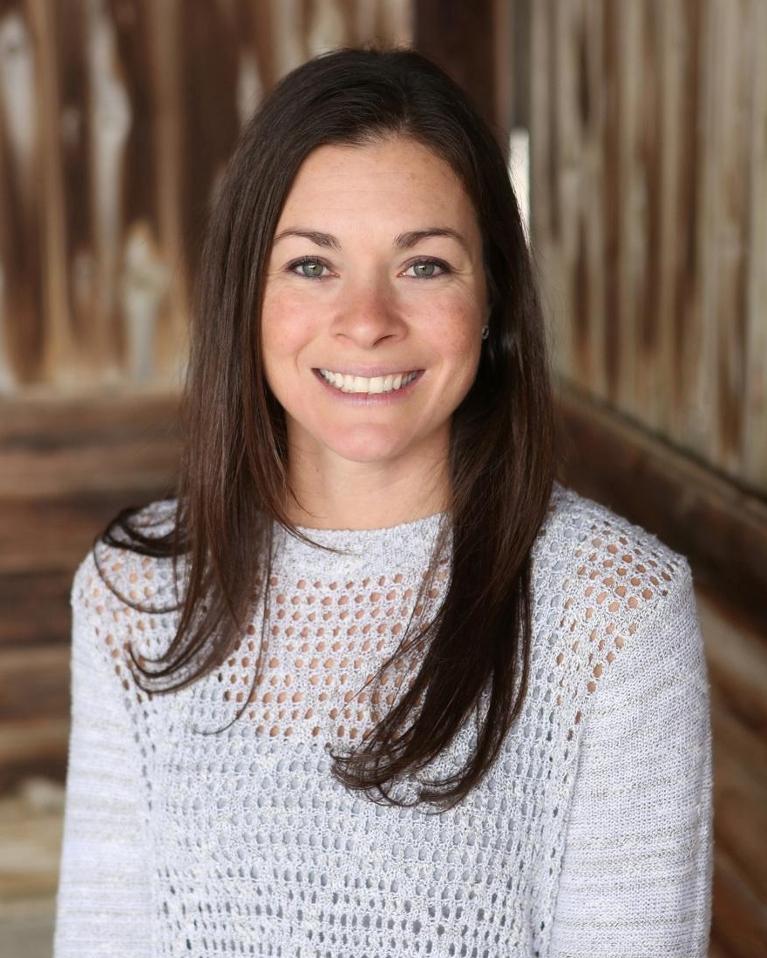 Originally from Frankenmuth, Michigan, Lindsey holds a bachelor’s degree in Mass Communications from the University of Michigan and a master’s degree in Arts, Entertainment, and Media Management from Columbia College Chicago.

Lindsey is married to Dr. Ryan and loves being a part of McCall Family Dentistry. “I absolutely love seeing the members of our team each day," Lindsey says. "They truly are like family and can always put a smile on my face! Our patients are fantastic, and I also enjoy seeing how dentistry changes lives and how happy people are when they leave the office with a new smile.”

In addition to the work she does for our practice, Lindsey is a full-time mom for her daughter, Lyla, and her son, Sidney. She can often be found taking them to one of their many fun activities. When she's enjoying some "me time," Lindsey runs (half-marathons are her favorite!), attends live music shows, and fosters dogs through Rover Rescue.

Sarah has been with our practice for 30 amazing years, and she’s truly our “jack of all trades.” On any given day, you might find her helping out up front or in the back, assisting our doctors. Sarah is originally from Batavia, IL and currently resides in Elburn.

“I am truly blessed with amazing coworkers and fantastic patients," Sarah says. "They have become family over the many years.”

When she’s not helping patients, Sarah enjoys spending time with her six grandchildren, gardening in the spring and summer, and snowmobiling in the winter. 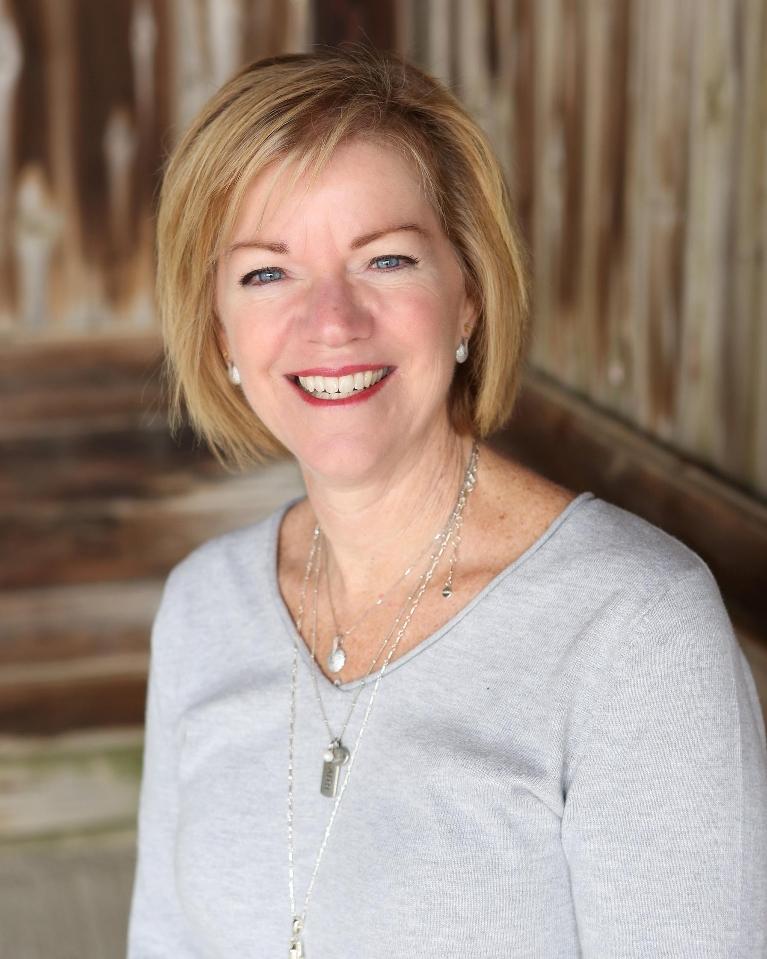 Cathy is one of the first people to greet you when you call or visit McCall Family Dentistry. Originally from Rolling Meadows, Illinois, she received her education from the College of DuPage.

Cathy has been a wonderful part of our team for almost three years, and patients look forward to seeing her when they come to our office. She says, “What I love most about my job is the great patients I work with and my coworkers who make me smile every day!”

When Cathy’s not at the office helping our patients, she might be found reading, going for a walk, enjoying a delicious dinner out, and spending quality time with friends and family. 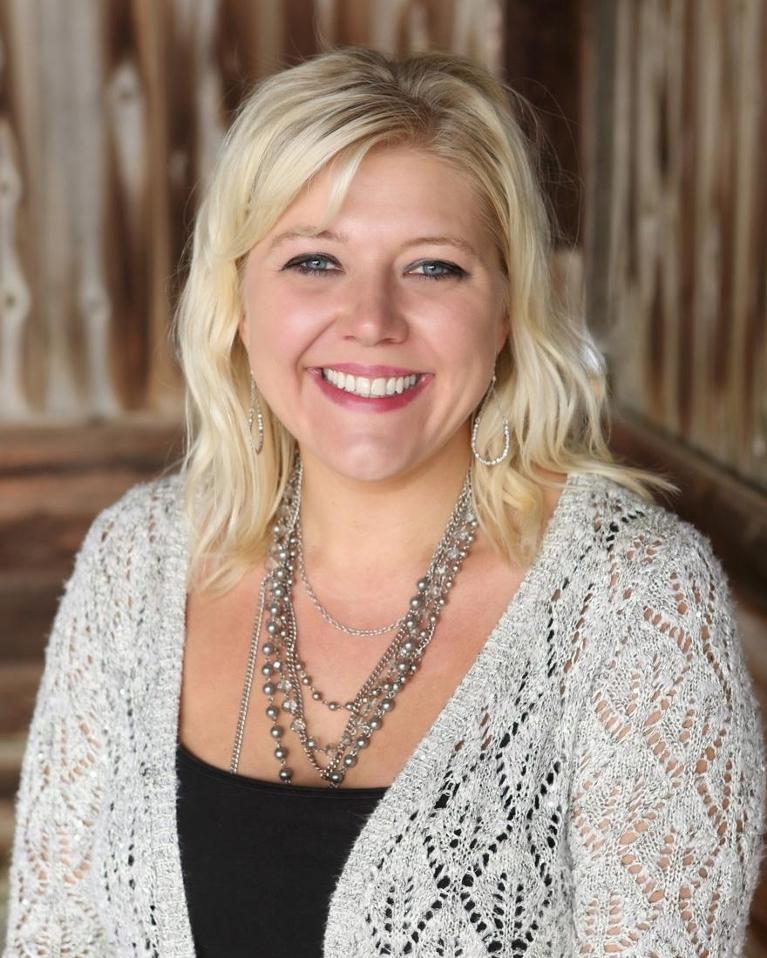 A valued member of our team for more than 18 years, April began her dental career as a dental assistant and front office manager with our practice. Today, April is a part of our fantastic hygiene team. She received her training in hygiene from Harper Community College.

April has a passion for educating her patients about their oral health. Her specialty is working with patients who have periodontal disease and helping them improve and maintain their health. She also enjoys working with the children we see in our practice!

Outside of the office, April can often be found spending time with her family in the outdoors hiking, kayaking, and traveling.

Jodi received her training from Illinois Central College near her hometown of El Paso, Illinois. One of her favorite parts of her job is educating patients and seeing the improvements in their health and happiness, over time.

When she’s not at work, you can find Jodi on an adventure with her husband Jon and her son Ian, whether it’s backpacking, running, or spending time in Wisconsin with a good book by the lake.

One of our highly skilled dental hygienists, Katie has been with McCall Family Dentistry for more than 18 years!

Katie has a passion for dentistry. She truly loves her patients, and she enjoys educating them about their dental health and getting to know them on a personal basis. Katie appreciates working with both Dr. Jim and Dr. Ryan as well as the rest of the team. “I can't imagine working anywhere else,” she says.

When she’s not at the office helping patients, Katie enjoys singing in two church choirs, visiting with dear friends, and traveling to visit her 14 grandchildren.

Amy has been a dental hygienist for 36 years and hold her degree from Illinois Central College. Amy loves educating patients of all ages, and she truly cares about each and every person that sits in her chair.

In her free time, Amy enjoys traveling to Wisconsin and spoiling her colleagues with freshly baked desserts!

For Judy, the best part of her job is interacting with people, from her McCall Family Dentistry coworkers to the patients she sees every day. "I love everyone I work with," she says. "They are like my family!"

In her free time, Judy loves spending time with her children. Judy is also keen on finding deals – and teaching others how to find deals as well! She teaches classes on how to effectively coupon and also has a side business in consignment sales! She loves to craft and bake and she's a huge Dr. Who fan! 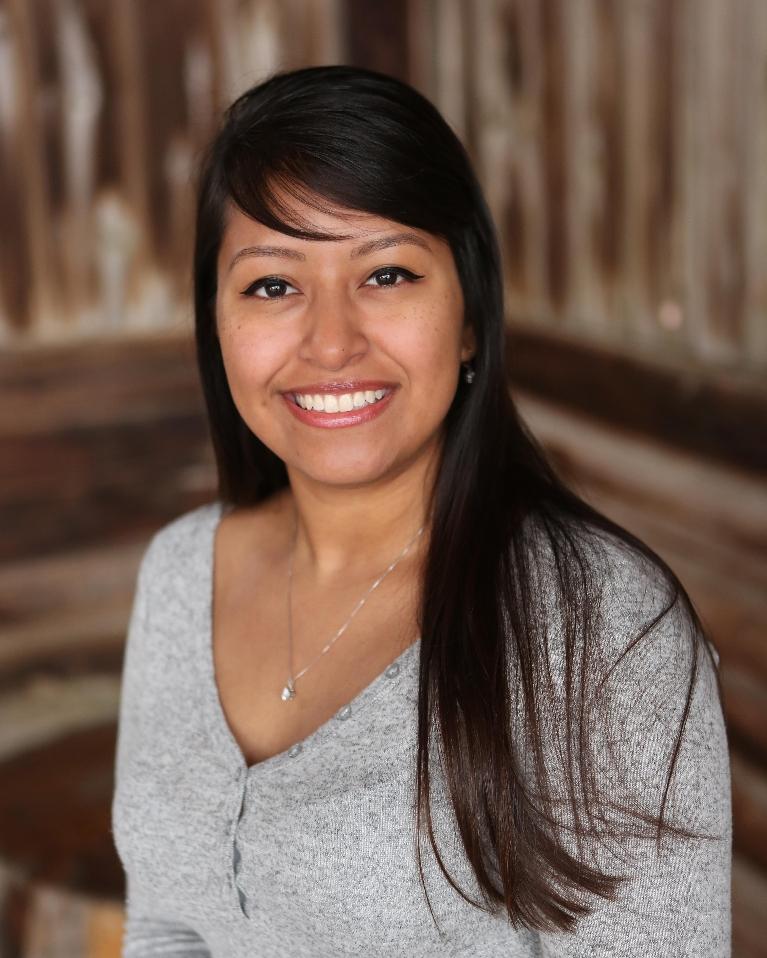 Vicky has been a fantastic addition to our family! She is multi-talented, working as both a sterilization technician and a dental assistant. She was raised in Elgin, Illinois and attended school at Elgin Community College.

She loves her job for several reasons. She gets to learn something new every day and she gets to meet a lot of new and interesting people. Her coworkers also help to make the job fun and there is never a dull moment with her team!

In her spare time, Vicky loves spending time with her two little ones. The rest of the year, she likes to play video games, draw, read, and write!

MJ has been with our team for nearly two years. MJ attended Western Michigan University and left her 20-year career in pharmaceutical research to pursue a career in dentistry. The team and patients love her witty sense of humor and she is always bringing a smile to everyone's face!

In her free time, MJ enjoys spoiling her nieces and nephews, reading, working out at CrossFit and Spenga, and studying to become a dental hygienist!

A Healthy smile is just a click away.
Schedule an Appointment
Thank you to our Patients!
See More Testimonials
Like us on Facebook Visit us on Yelp Leave a Google Review Instagram
If you have difficulty using our website, please email us or call us at (630) 232-9620

View the ADA Accessibility Statement
Turn on ADA Views
We are pleased to announce that our office is currently open. Our team is in compliance with Illinois Executive Order 2021-20, which requires all healthcare workers to be fully vaccinated against COVID-19 or undergo weekly testing with a medical/religious exemption. We follow strict infection control recommendations made by the American Dental Association (ADA), the U.S. Centers for Disease Control and Prevention (CDC) and the Occupational Safety and Health Administration (OSHA). We do this to make sure that our infection control procedures are current and adhere to each agencies’ recommendations.
Contact Us Today
Give Us A Call
McCall Family Dentistry - (630) 232-9620
Send Us an Email
Expanded Details View
This Patient's Experience
Loading Testimonial...
Loading Case...